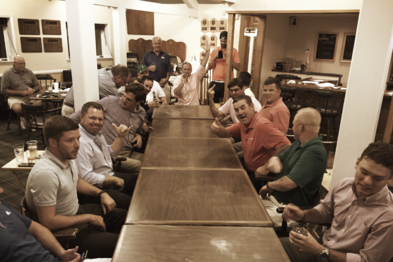 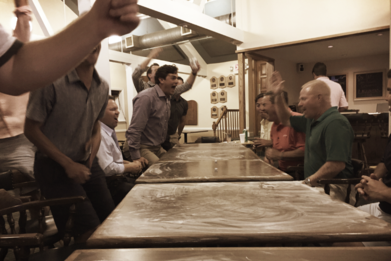 ​The Springhaven Cup is a special event that is cherished by the membership, the staff and especially those who compete in the tournament. There are a number of reasons why people mark this event on their calendar every year, here are just a few:

The Camaraderie:
This tournament brings together some of the regions best players along with some of the regions best people. This event thrives not only on good competition, but on great people and the desire to have fun. Competitors come to this event year after year not only to win, but to see old friends and to make some new ones. Here are some quotes from recent event:

"The Springhaven staff did a great job, and the course was in excellent shape, especially the greens."

"I can't believe what a hidden gem this place and this tournament is. Everyone should come here to learn how to run a golf course         and a tournament."

"Between the condition of the course, dinner, weigh-in, and hanging out in the men's grille it's always one of the best events.  Look      forward to playing again next year."

"It was my first Sprinhaven Cup and definitely won't be my last. Hats off to you and the club for hosting an event that was as good        as it gets. The greens were the best that I have played all year, so please give a special congrats the the superintendent and his            crew on a job well done. Ben and his staff did a great job as well as did the numerous bartenders and waitresses that kept my belly       and parched throat as happy as could be."

​"Awesome job with the tournament!  I hadn’t played in it for many years, but it was a great time and well done."

"Thanks for putting on a great event. Had a blast and would love to be back for it again next year."

"The golf, food, and service were superb and we look forward to 2017"

Springhaven itself has been around since 1896 and in its current location since 1904. It was the first course in the world designed by a woman, Ida Dixon, and our first head pro, Horace Rawlins, won the first US Open! The course, albeit on the short side by today's standards (6,600yds) is extremely challenging with narrow fairways and small greens. The greens themselves are arguably some of the best conditioned greens in the region.

This particular event, dating back to 1923, is the third longest running amateur invitational in the country (North/South and Travis Cup). Former competitors and winners include:

The Springhaven Cup encompasses a few unique events inside of the tournament.

- The Jerky Pool: The Jerky Pool is a second day event designed specifically for those who may not have had their "A" game on day           one. The field is split in half and the lower half is put into an additional prize pool that is given to the low round of the day from           this half of the field.

- The Weigh-In: During dinner on Friday evening, one or more players will be selected to be "weighed-in". The entire field will be             given the opportunity to guess the total weight of the individuals. Closest individual guess without going over wins the pot.